Adding new stories to its successful activities in every field of sports, Euroasia Sports carried out the production of the television programs of sports content with its experienced staff and technological infrastructure.

The Prince of Football is a talent contest that lets young people realize their dreams.

The Prince of Football, the format of which is owned by Kickworld Wide and Freemantle that is the producer of such contests as American Idol and X Factor being followed with admiration and watched by millions of people all over the world, has aroused great repercussions in every country where it is broadcast. Turkey's most important sporting social responsibility project has been projected and produced by Euroasia Sports to be broadcast on TRT Spor channel in Turkey..

The program started with cities qualifications carried out among thousands of football lover young people aged 14-16 living in 15 different cities across country and it continued with the semi-finals carried out with the participation of young people who had been successful at the cities qualifications and it ended with the final parts through which children's personal, communicative and football skills were tested and which included enjoyable activities. The coaching and qualifying duties within the scope of the program were carried out by the infrastructure coaches specialists in their respective fields and came from England and the important football figures of the country participated in the program as jurors. In addition, the legendary names of Liverpool FC being hosted at different stages of the program gave the young people trainings and they shared their experiences on football.

Liverpool Football Academy came to Turkey and they played a friendly game with the team including the contesters.

Being one of the 3 young people qualifying into the Big Final, Emin Altunay won the contest and he was awarded to have a 1-year-long training at the Liverpool FC Academy. The runner-up of the contest, Emre Gürsoy, got the chance to play in the infrastructure of Crew Alexandra, a team in the First Division League of England. 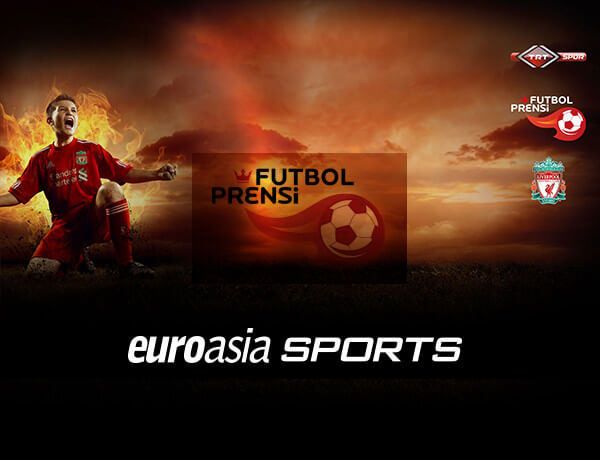 The program named “Sports Special” providing special interviews as well as the sports news from Turkey and all over the world is broadcast every weekday on TRT SPOR that is one of the most watched sports channel.

There is a section special for women at the program prioritizing alternative sports branches.

Turkey's sports quiz "NUMBER 1" has been broadcast on TRT every weekday for those who want to have an enjoyable time, contest and win fabulous prizes while measuring their knowledge of sports.

Through this program measuring one’s knowledge with questions in relation to any branches of the sports, the contesters had the chance to watch major organizations such as Final Four, Wimbledon and the World Cup Semi Final in the countries where the organizations were held.

Being the most preferred brand on sports in Turkey, Euroasia Sports has recently taken on a serious responsibility.

Euroasia Sports has realized a revolutionary project on the “Sports Broadcasting” which is one of its fields of service.

Establishing a partnership with the TRT Spor, Euroasia Sports has ensured the realization of www.trtspor.com.tr and its successful functioning in a competitive internet media.

Bringing a new concept to the internet journalism in the period of September 2011 – 2013 September, TRT Spor and Eurosia Sports created a new brand in the 24-month-long period. Ensuring that the world of sports gets the news moment by moment, www.trtspor.com.tr has achieved to be a platform that is widely viewed, the reliability of which has been proven and which is frequently visited by the internet users. Reaching more than 260 thousand Twitter users and more than 220 thousand Facebook users, www.trtspor.com.tr has achieved to become a source of information preferred by nearly half a million social media users in such a short period of time. www.trtspor.com.tr continues its broadcasting life as an internet site that has achieved to be among the 300 most-visited internet sites in Turkey. 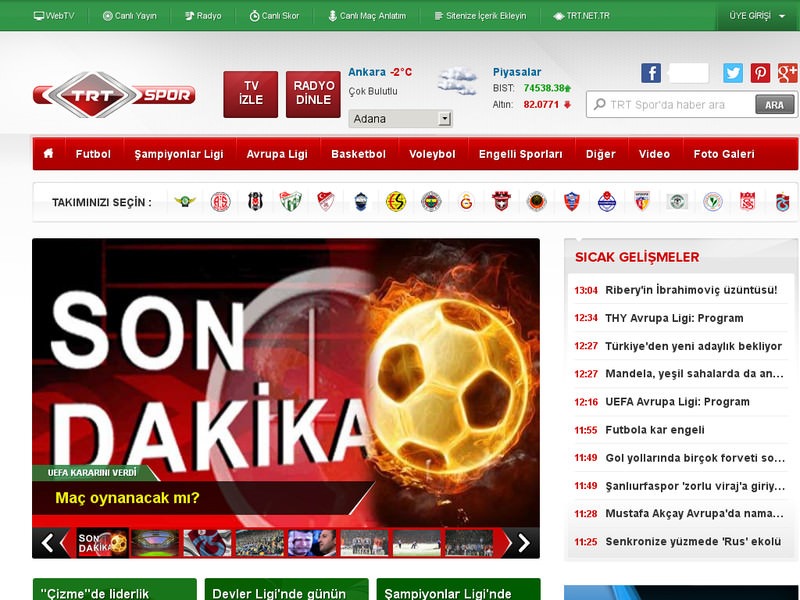